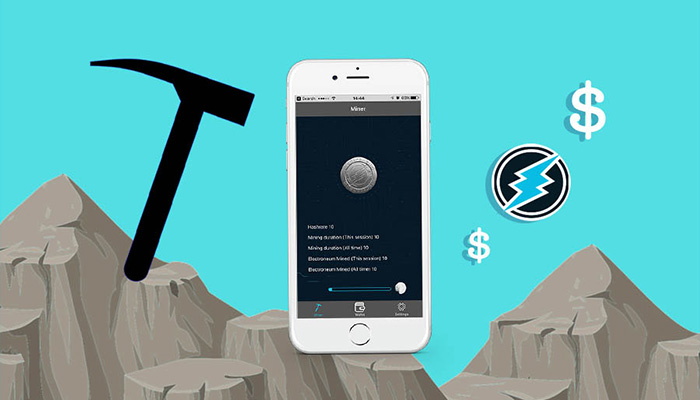 When people think of mining, the first thing that comes in mind is substantial hardware cost and network limitation. For those who are looking forward to cutting costs, it is now possible to use a Android Bitcoin miner apps.

Unfortunately, there are virtually no iPhone or iPad apps that will allow you to mine cryptocurrency as of May 2018. Sure, there are some “mining games” available in the Apple App Store; however, their payoffs are extremely low and aren’t quite on the same level as Android apps. For Android users, however, there a great number of mining apps. Let’s take a look at the potential costs and rewards of mining with Android apps. Let’s take a look at a few example.

This mobile mining app can mine all cryptocurrencies that use SHA-256 or Scrypt. The download cost is only $0.99 and has 10,000+ installs. The reviews aren’t all that good, however. The average rating is around 3.0 stars. According to reviews, miners can only expect to reach around 1 megahash with a high end device (i.e. a tablet). There are also a lot of reviews complaining about how this app drains down the battery of many devices very quickly, so it would be probably be best if your device is plugged in.

Electroneum is considered by most reviewers to be a slightly better option with an average rating of around 3.8 stars. This app is free to download and has 500,000+ installs. Electroneum is actually the first project to launch its own mobile mining app. Users have stated that it’s possible to mine as high as 50 h/s. However, hashrates can drop to around 30 h/s. There is one catch to this, though. The mobile app doesn’t actually confirm new blocks on the blockchain. Instead, users virtually mine via the mobile app.

While many people who have tried this app have been able to successfully ‘mine’ ETN, there are still many complaints that any balance over 10 ETN can’t be sent to users’ wallets. Thus, there are a lot of people who have “pending” balances. The development team is aware of this bug and is working to fix it. Additionally, the Electroneum team has announced that its Apple app is still awaiting approval from the App Store.

If you’re considering mobile mining, it’s important to think about all of the potential costs involved. First, the money necessary to buy a mobile phone or tablet could, of course, varies widely depending on the brand and quality. Although this cost will be much less than a mining rig, the power-intensive nature of mining could ruin devices rather quickly. Thus far, there isn’t that much data on whether or not the amount of cryptocurrency mined over the lifetime of a given device will outweigh the cost of buying a given device. Data fees are another potential cost. While it is possible to keep a mobile device connected to a wireless router to reduce or even eliminate data fees, this wouldn’t necessarily make the device very mobile, since mobile miners would have to rely heavily upon Wi-Fi. Energy consumption is also significant cost to consider, especially since devices would essentially need to either always be charging or have to be charged very frequent.

The biggest benefit is that no major upfront costs are needed with mobile mining apps. While apps that allow users to mine BTC, for example, could bring some benefit, it’s difficult enough to compete with GPU and CPU mining rigs, much less ASIC rigs. The Electroneum mining option seems good but only if the value per ETN rises significantly later on.

IS THIS MINING STRATEGY WORTH IT ?

Most people would agree that mobile mining is not worth it. When factoring in high energy costs potential data fees and low computing power, mobile mining is a very difficult inefficient way to earn cryptocurrency.

While we will likely see some advancements in mobile/tablet computing power and functionality of mobile mining apps, it still appears that mobile mining will be no match for traditional mining for the foreseeable future.

This article was originally published by Mr. Delton Rhodes. Read more about it on https://coincentral.com/is-mobile-mining-profitable/